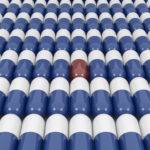 Google seems to be launching a new startup in a different industry by the day. Just two days ago, we told you about the company’s plans for a new cloud music store, and today, we learn that Google’s omnipresence extends into the field of personalized medicine.

Google Ventures, the venture capital investment arm of Google Inc., has invested in Foundation Medicine, a gene-sequencing company that develops sophisticated diagnostics for cancer treatment. According to The Wall Street Journal, the Foundation has extended a Series A round after raising it to $33.5 million last year with the help of Google Ventures and Kleiner Perkins Caufield & Byers. This will mark the third investment in gene-sequencing companies that aim to further the field of medicine for Google Ventures. The firm also joined in a second round of funding for DNAnexus, Inc., a platform technology for storing and analyzing genetic data that is aimed at researchers.

“Google Ventures–which has referred to genetic sequencing as a “foundational technology” with massive potential to disrupt diagnostics and treatment of various diseases–now has investments in gene-sequencing tools aimed at research institutions, practicing doctors and curious consumers,” reports WSJ. The company believes that as gene sequencing becomes faster and more affordable, it will graduate from research centers to actual hospitals, starting with cancer care.

We’ve said it before and we’ll say it again – no billion-dollar company is perfect, but Google proves once again that they’re sticking to their “Do No Evil” motto. Whether it’s a billion-dollar company or a small business, giving back to your community is important. Blue Interactive Agency has participated in numerous local charity events, and makes continued efforts to support area nonprofits. If you are interested in interactive marketing services, contact Blue today. From Facebook marketing and Twitter marketing, to search engine optimization and SEO copywriting, Blue can transform your online marketing campaign to help drive ROI. Call 954-779-2801 today for more information.